With our blog up and running we thought that this would be a great time to offer a 25% off coupon for our Etsy shop. To redeem your Etsy coupon, simply follow the 3 easy steps listed below.

1) Copy this coupon code: 010611
2) Go to knotsewcute.etsy.com and purchase your pattern(s) as usual.
3) When you are at the check out, enter the coupon code and 25% will automatically be taken off the total price of your purchase.
Coupon code is valid from June 1, 2011 to June 7th, 2011. Our regular offer of buy 5 pattens in one transaction and receive a 6th pattern of your choice for free still applies. Feel free to pass the savings on to your friends and family!
If you need any assistance or if you have any questions you can contact us anytime at knotsewcute@gmail.com.

how to do a reverse single crochet stitch.

The reverse single crochet stitch, also known as the crab stitch, is an easy stitch to master yet despite its simplicity it makes a beautiful corded edge. 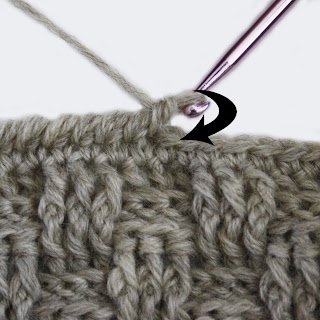 ﻿Reverse single crochet - With right side facing and working from left to right insert the crochet hook into the next st, YO and pull up a loop (2 loops on hook), YO and pull through both loops on hook.
If you are using the reverse single crochet as a border around a cushion or an afghan remember that you may need to add 2 or 3 stitches in each corner for your project to lie flat.﻿
kim.
Posted by A Sow Ear at 7:02 PM 1 comment:

We would like to introduce you to our newest crochet design, Hanging Storage Pouch by Tara Schreyer. 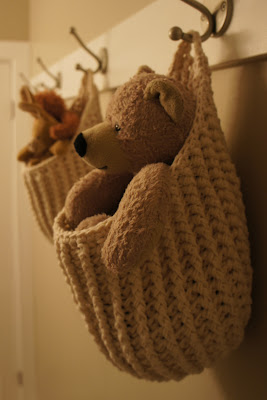 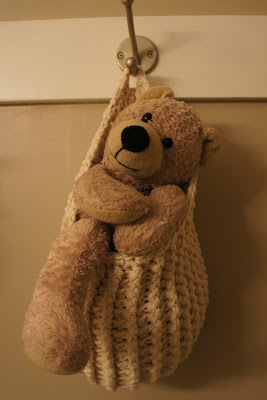 We all desire to be a little more organized! But where to put everything? Here is a creative way of gathering up all those little odds and ends around the house and make them look good!! These hanging pouches are perfect for holding your little ones favorite stuffies, pj's and toys. Works in the bathroom for holding facecloths and all your beauty essentials. Don't forget the mudroom - have pouches set about to catch all the gear and winter wear that gets shed all over the floor.

how to make an adjustable ring in crochet.

The adjustable ring, also known as the magic ring or the yarn ring, is not a new technique but it is one that has recently grown in popularity as it produces a small, neat center hole.  This is an easy technique to learn and once you have tried it you may never want to go back to the using the chain method as your starting ring.  In this tutorial we will look at how to make both the adjustable and the double adjustable ring. 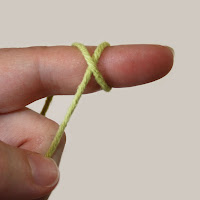 To begin, wrap the yarn around your finger to create a loop. Make sure that you leave at least a 4" tail. 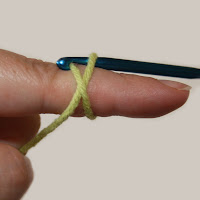 Using your crochet hook, draw the yarn through the loop. 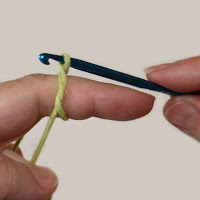 You should have one loop on the hook. 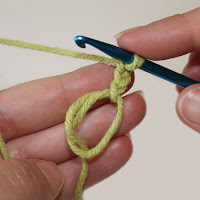 Slide the loop off of your finger and work the chain as directed. For the purpose of this tutorial we will be working in double crochet so the chain 3 will count as the first double crochet. 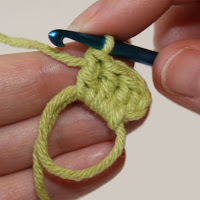 Crocheting over the tail, work the required number of double crochets into the ring. 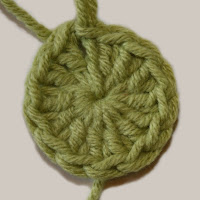 When you have finished working the required number of stitches simply pull the yarn tail until the center of the hole is closed. 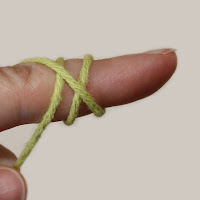 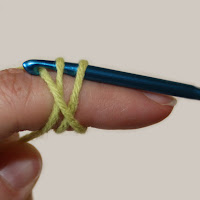 Using your crochet hook, draw the yarn through both loops. Continue working through each of the steps in the same manner as you would if you were making the adjustable ring. 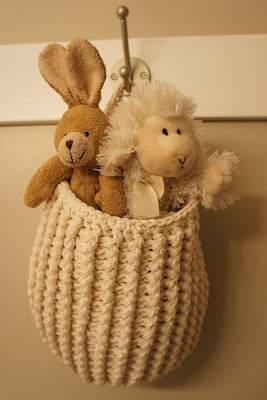 Here's a peek at our latest crochet pattern that should be ready for release any day now...

Not only does Knit Picks have a yummy selection of affordable luxury yarns, but it also has a wonderful Independent Designer Program. We are excited to announce that we have recently added a few of our crochet designs to this program.

Knit Picks generously pays it's designers 100% of what the crochet pattern sells for and we are happy to be able to pass this savings on to you the customer.  This means a savings of at least a $1.00 per pattern purchase.  Please find a photo and accompanying link of all our patterns currently being offered through Knit Picks. 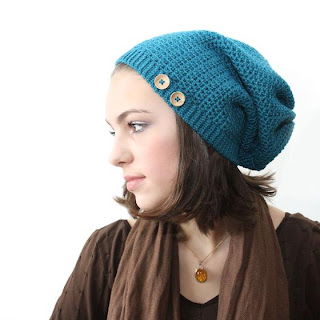 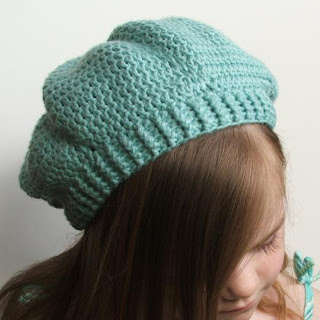 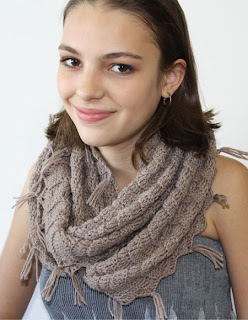 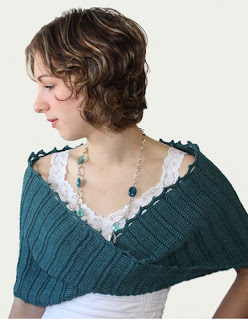 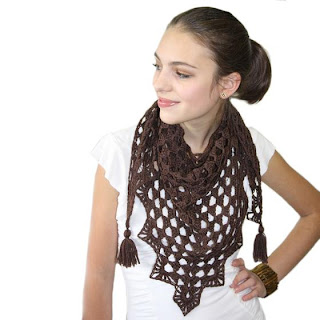 Pretty Triangle Scarf
Posted by A Sow Ear at 10:27 AM No comments:

tips on how to read a crochet pattern. 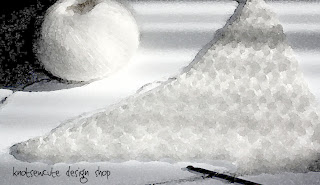 Crochet patterns are written in rows or rounds. The pattern will tell you whether or not you are working in a row or in a round and it is important to pay attention to these terms as you could be working both within the same pattern.

When you are first learning to crochet it is easy to get confused at the beginning of a row...where do you put that first stitch? A general rule of thumb is that when you are working in single crochet you work your first single crochet into the first stitch. With half double crochet, double crochet and trebles the turning chain at the beginning of the row counts as the first stitch, so unless the designer instructs you to do otherwise you would work into the next stitch. The designer will usually note somewhere in the pattern as to whether or not the turning chain counts as the first stitch. Often patterns will include a stitch count at the end of a row and sometimes this can be a clue as to where that first stitch should start. Here's an example of the stitch count at the end of the row:

When following a pattern you have to put your trust in the designer. A good designer pays close attention to the small details. Also, what a designer doesn't say is often as important as what the designer says. For example, if the patterns says to turn then of course you would turn, but if the pattern doesn't say to turn then you would proceed in the direction that you were going. The trick to reading a pattern is to read slowly and to pay attention to each detail.
﻿

We would like to introduce you to our newest crochet design, Aran Accent Pillow by Kim Miller. 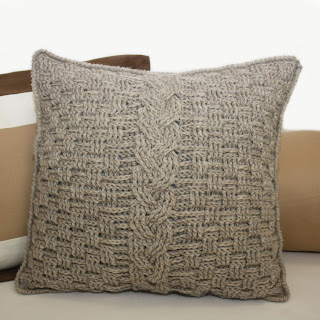 Inspired by the classic cables of a traditional aran sweater this accent pillow will add texture and a feeling of warmth to any room.

Detailed crochet pattern has lots of illustrations to help you to successfully complete you project. The front panel is a 4 row repeat that is easy to memorize.

Finished pillow measures 15x15” and fits a 14x14” pillow form, or for a fuller pillow you can use a 16x16” pillow form. Pattern calls for 1 ¼ balls of Lion Brand® Fisherman's Wool and uses the following stitches: sc, dc, FPdc, BPdc, FPtr and reverse sc.

Some places that you will find us...

Would you like to be notified of sales and promotions...